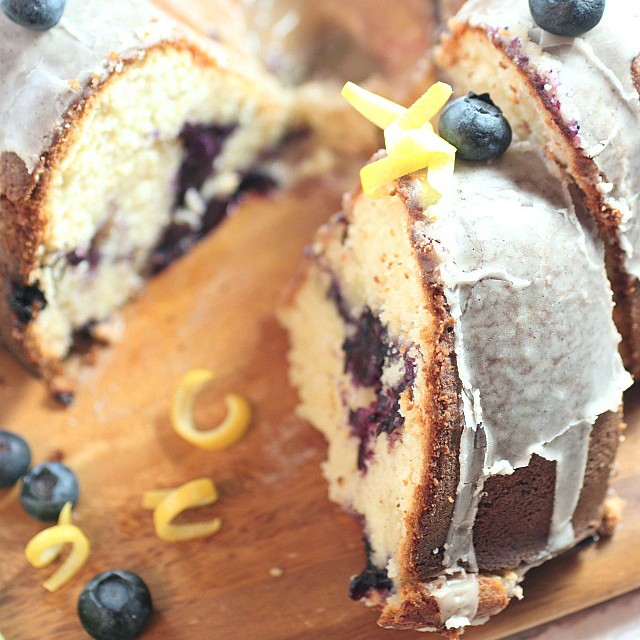 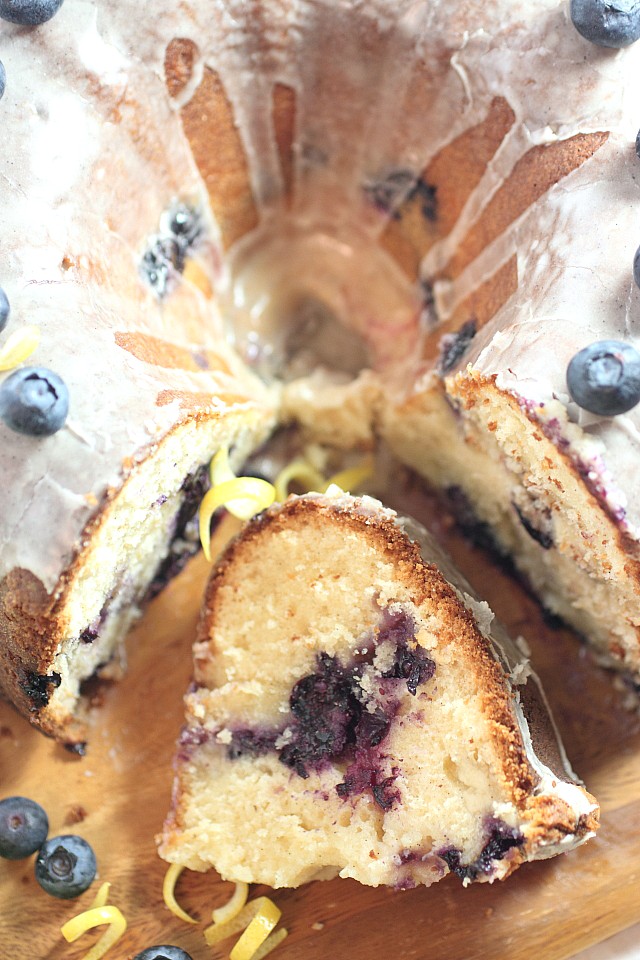 I’ve been shooting with artificial light. I’ve been going through a bout of… Of… ‘Ugh, I don’t want to cook or bake for this blog-itis.’ I noticed it around November when the sun sets early and 4 PM feels like midnight. It’s not you, it’s me. About one hour before sunset I come to my senses. I jump from my semi-catatonic weekend state in a panic and attempt to make and photograph something before darkness sets in. Of course, it never works. By the time I get around to setting things up, it’s darker than midnight. Seriously, what the hell is up with that? As a result, I’ve been using artificial lighting. Which I’m not 100% behind. 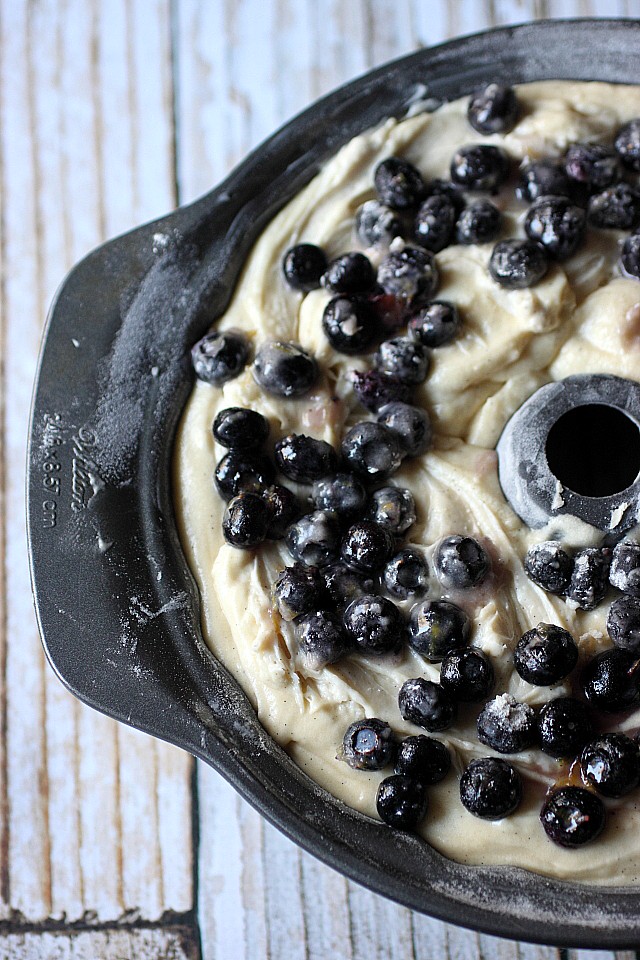 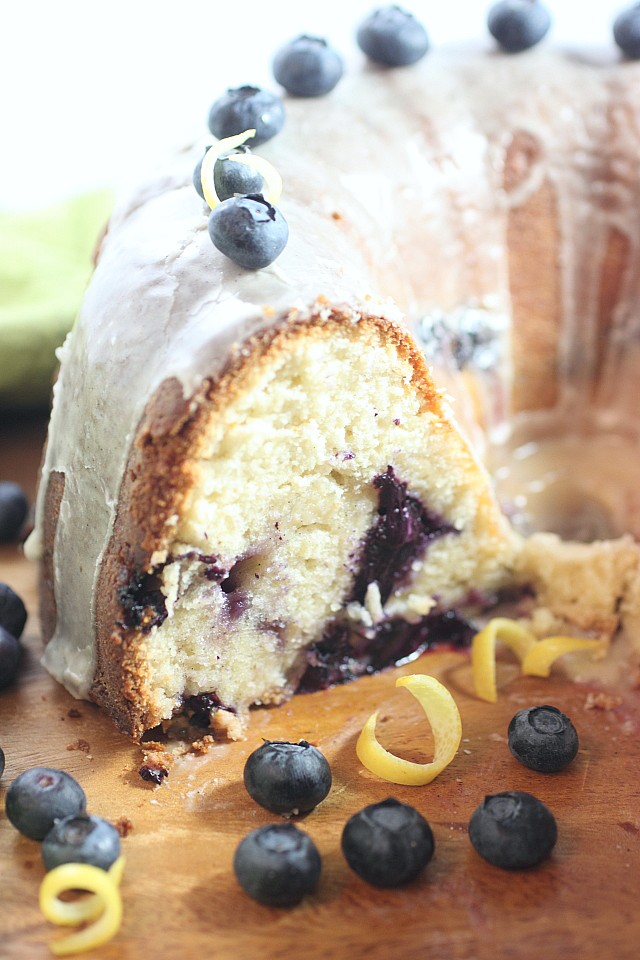 This cake situation. It starts with sweetened blueberries. I like to say macerated; however, the fruit never really breaks down. But fuck it – Let’s call them macerated. The blueberries are mixed with vanilla bean paste, sugar, and lemon zest. They’re allowed to hang in a bowl. The sugar gets all syrupy and whatnot.

A quick cheesecake filling, heavy on the vanilla bean.

A sour cream pound cake, tender AF no matter what you do to it.

A little flour is mixed in with the blueberries. Pro tip: This prevents blueberries from sinking to the bottom. It happens. More than you know. 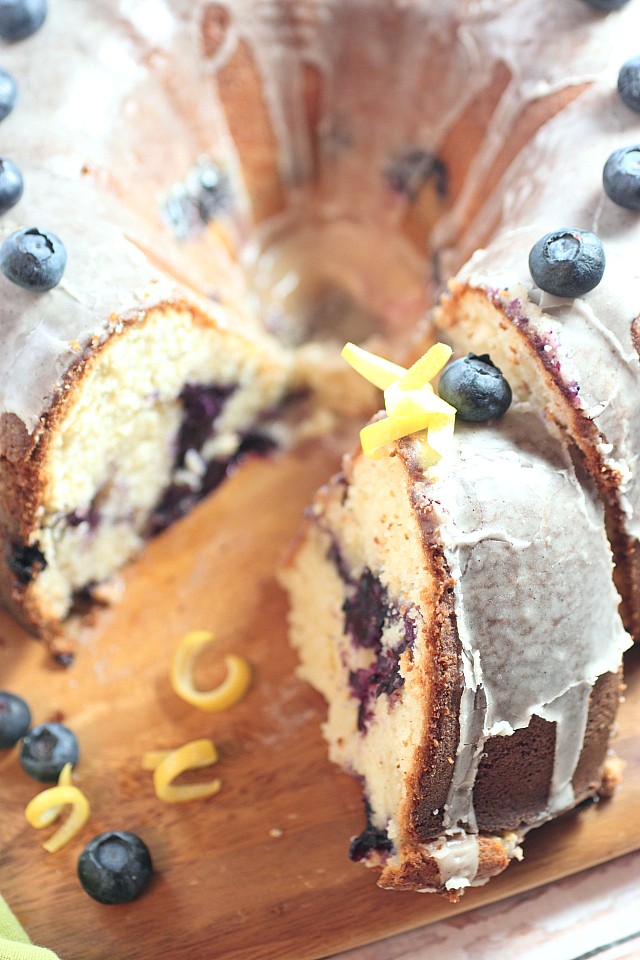 Half the batter is poured into a buttered and floured bundt pan. Spoonfuls of cheesecake filling are dotted over the batter and swirled. Blueberries are placed right over the cheesecake and topped with cake batter. Then you repeat and bake. The batter rises in the heat almost covering the blueberries.

Once the cake is cooled its inverted and an icing, heavy on the lemon juice and vanilla – Is poured over the cooled cake. 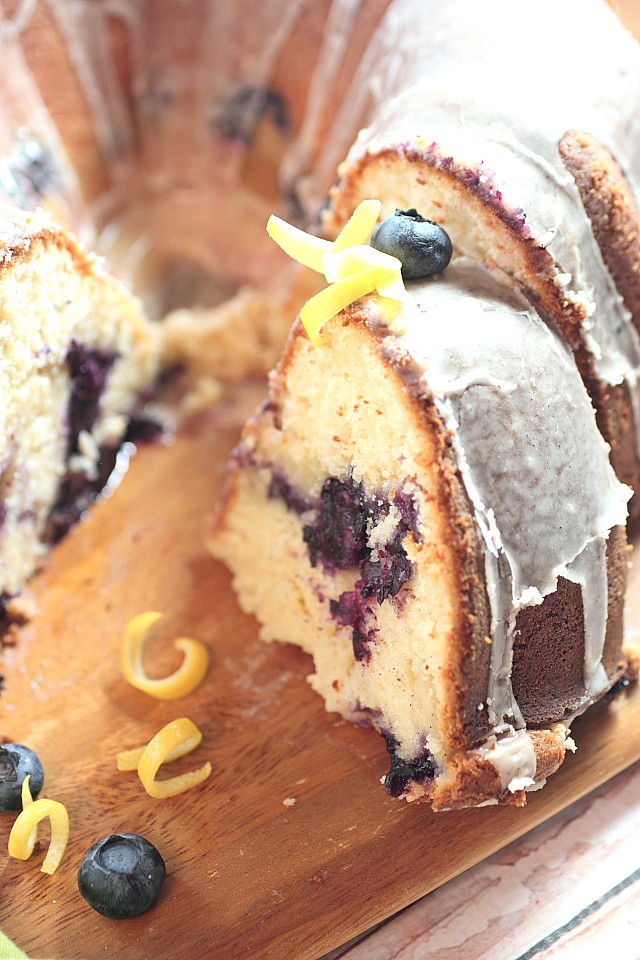 I never doubted this would work. I mean – Cake, cream cheese, and lemon scented blueberries in one slice? Come on! The blueberries stayed put as I knew they would. You cannot see the cream cheese filling. All you have to do is bite into the cake to know it’s there. 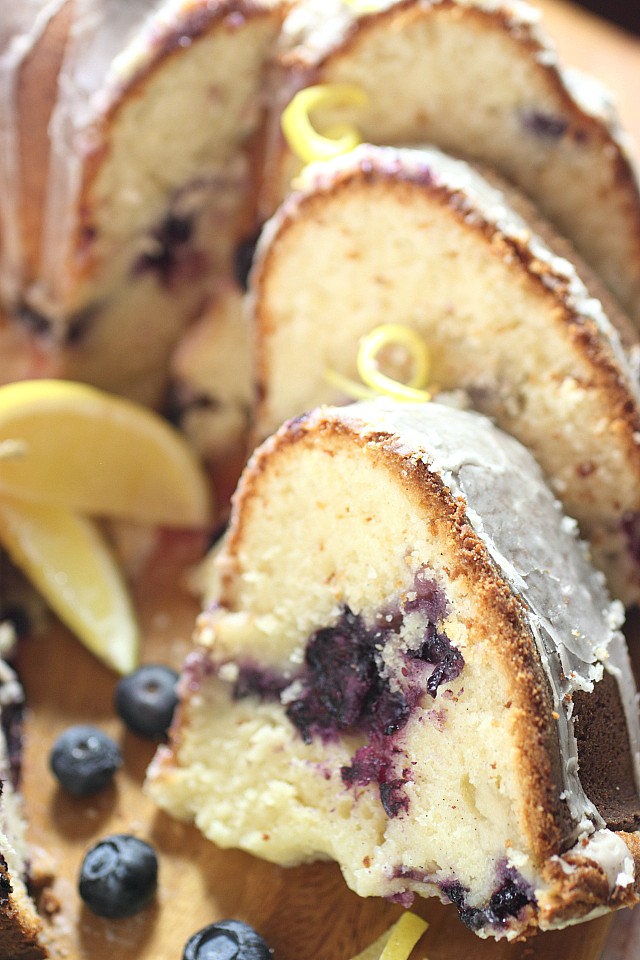 Its presence, unmistakable. Tart, sweet, creamy. The blueberries give a fruity tartness and the tenderness of the cake is where it’s at.

A slice of this. And back to my catatonic state I go.

For the macerated berries

For the cream cheese swirl

NOTE: Baking times do vary by altitude and climate, which is why I suggest after the suggested baking time of 50 minutes you check every 3-5 minutes to ensure the cake has baked through. Mine usually bakes at 53 minutes, but in other climates baking times can extend as long as 80 minutes. 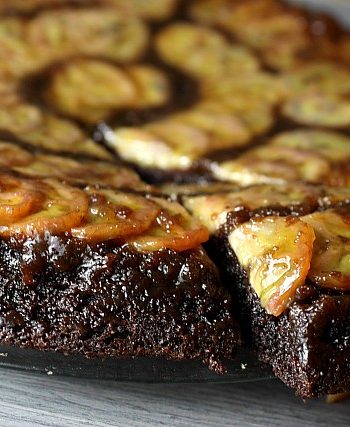 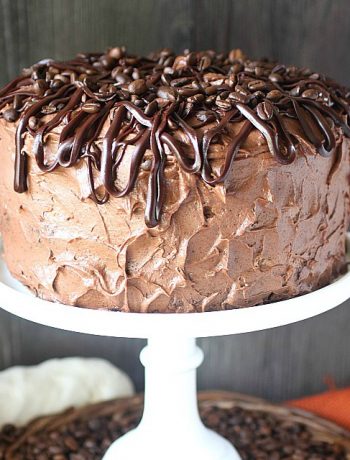