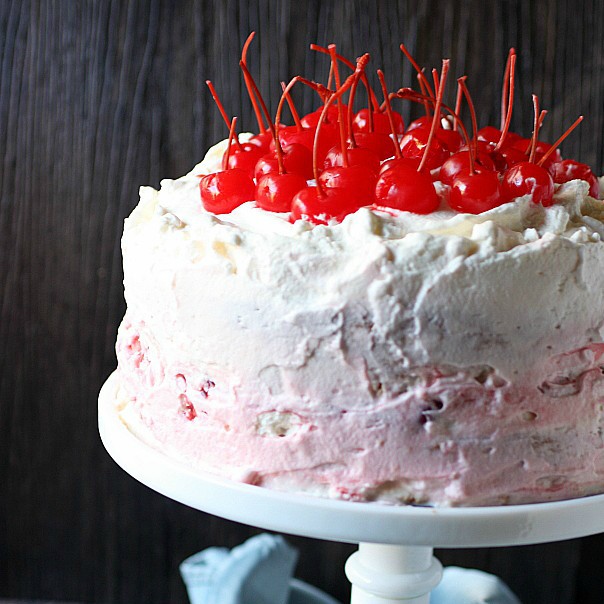 Luscious… Creamy… Sexy. This Cherry Coconut Tres Leches Cake is soaked in a delicious coconut flavored three milk mixture. Then! It is stacked with a delicious sweetened whipped cream and tart cherry filling – A slice of this and you’re in heaven!! 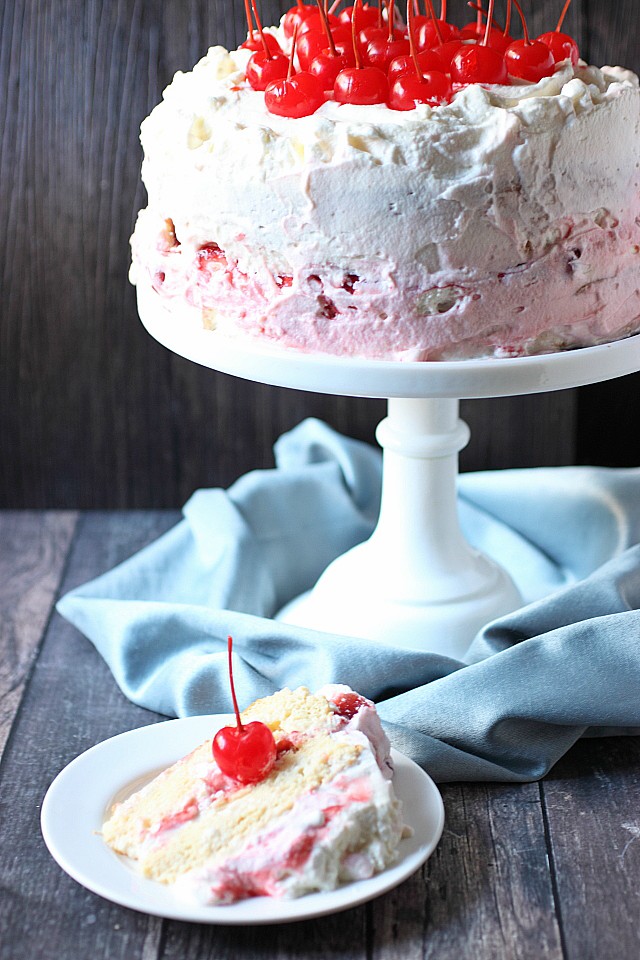 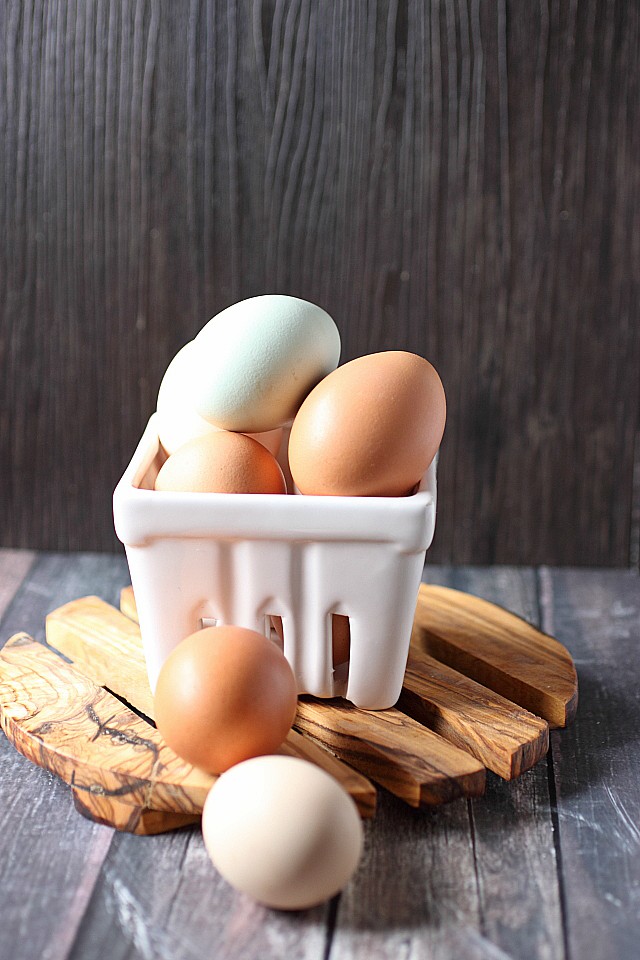 Spanish was still my primary language, so like any young Latina of the time I was heavily into Menudo and the music associated with my culture; merengues. bachatas, and mami’s boleros.
It wasn’t until in my teens when Prince and the New Power Generation dropped Diamonds and Pearls that I even cared about a dude I viewed as second rate to Michael Jackson. 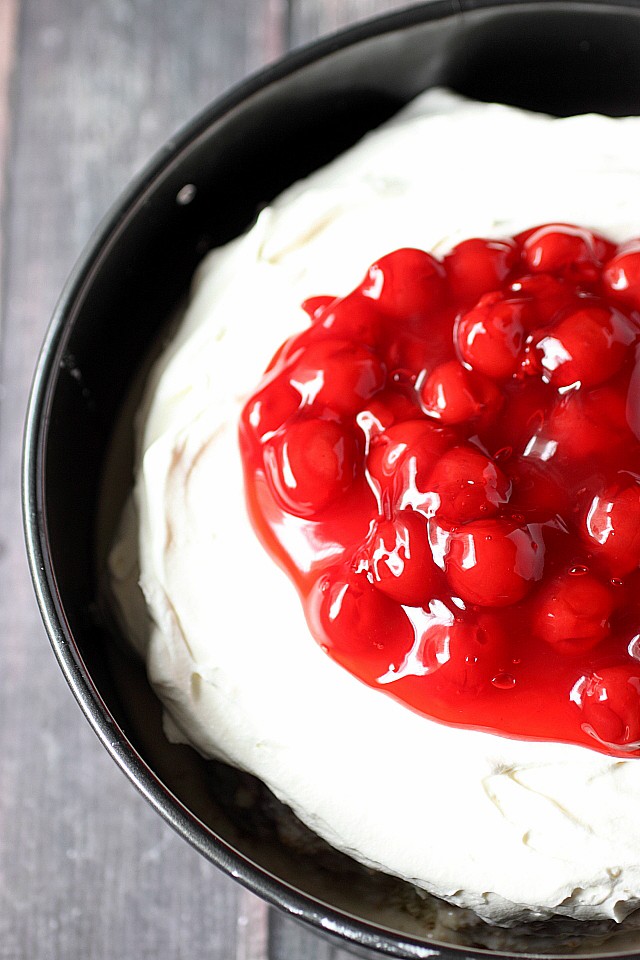 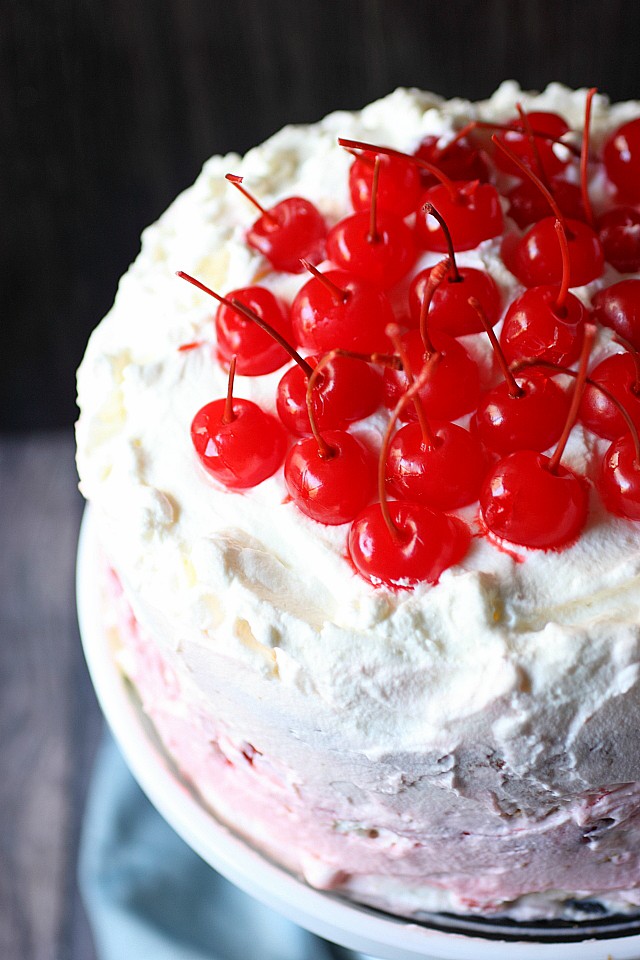 Then one day Prince and his overt sexual innuendo, coupled with raging teen hormones prompted me to look deeper into his music, immerse myself in his lyrics. I liked what I was listening to. And while it would be some time before I could relate to what Prince was dropping in his lyrics – I dug every single word. 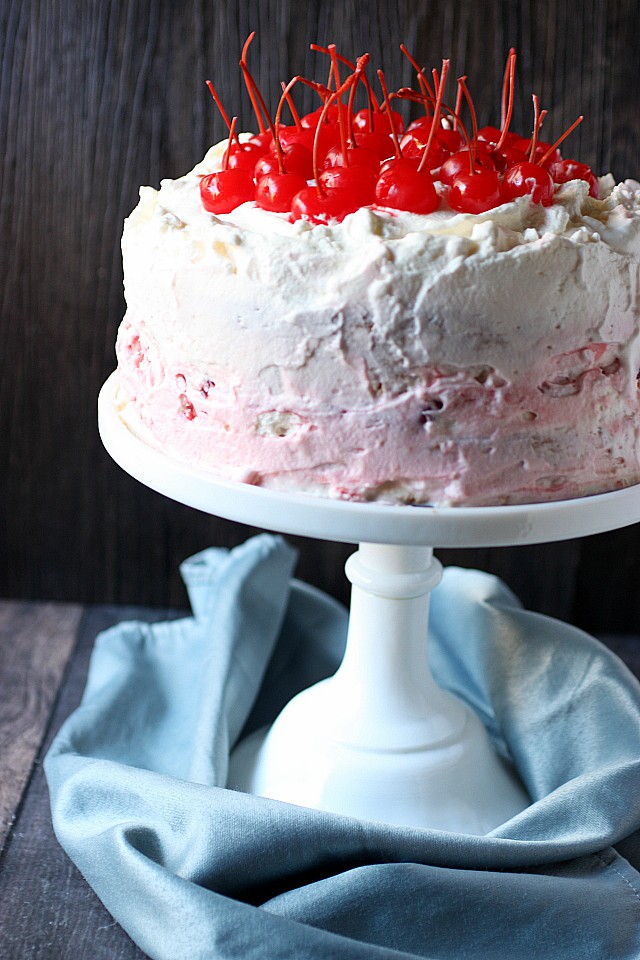 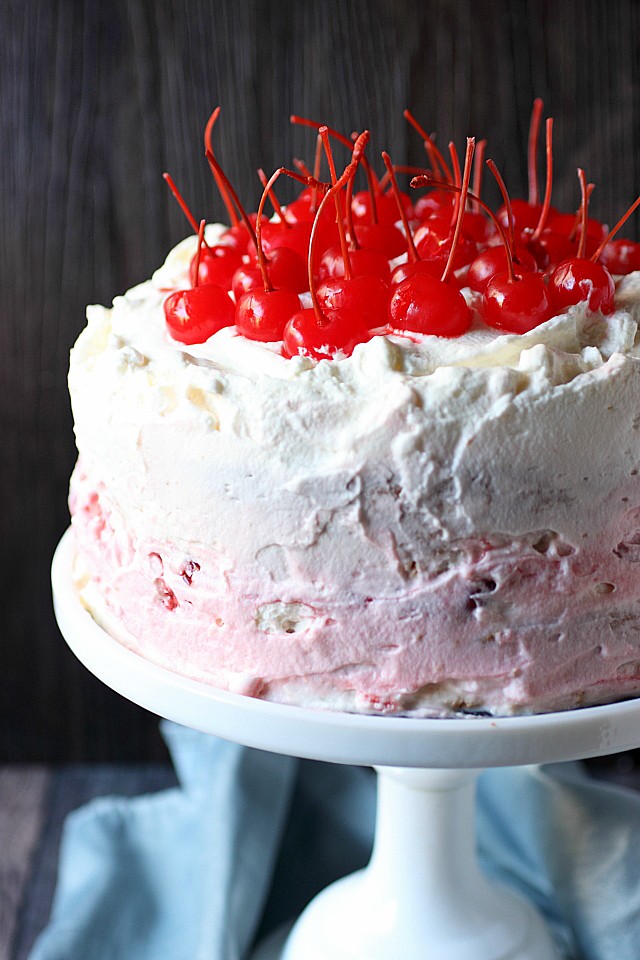 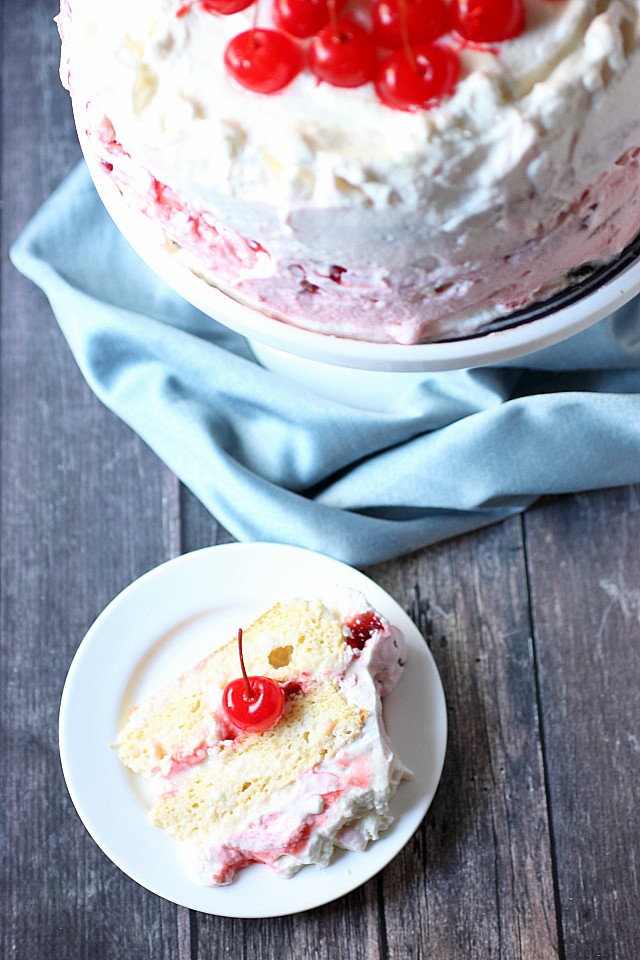 It starts with a little sponge cake action of sorts. Eggs yolks are beaten till thickened, egg whites are beaten to nice stiff peaks. Flavored with vanilla extract and sweetened cream of coconut. There’s folding involved. It’s an experience.
Once the cake bakes and cools it is then soaked in a vanilla bean and coconut flavored three milk mixture – Coconut, condensed, and heavy cream. 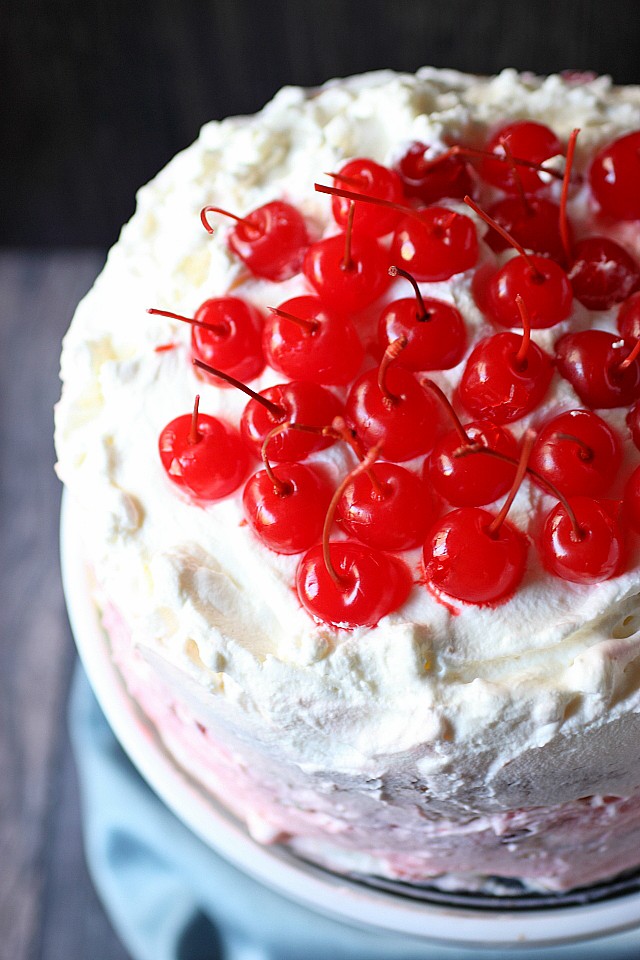 Then it’s stacked and in between those two stacked layers is a sweetened whipped cream and a red cherry filling. In the interest of time I used a canned cherry filling. Use the real thing if you’re averse to anything canned. This cake has to be placed in the fridge to chill and allow the leches to soak through, so I’m not above a canned situation. 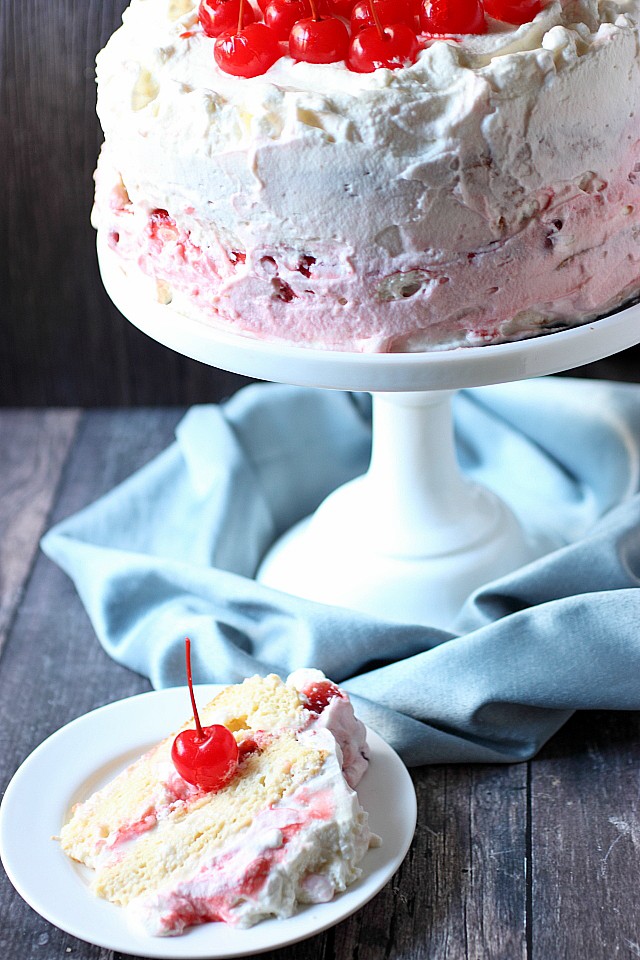 Finally, this cake is topped with about 2 jars of maraschino cherries. And yes, I did that cherry stem thing again.
I couldn’t help myself.
A moist cake, soaked in three delicious milks, an oozing cherry filling, a sweetened whipped cream, and topped with an insane amount of cherries. 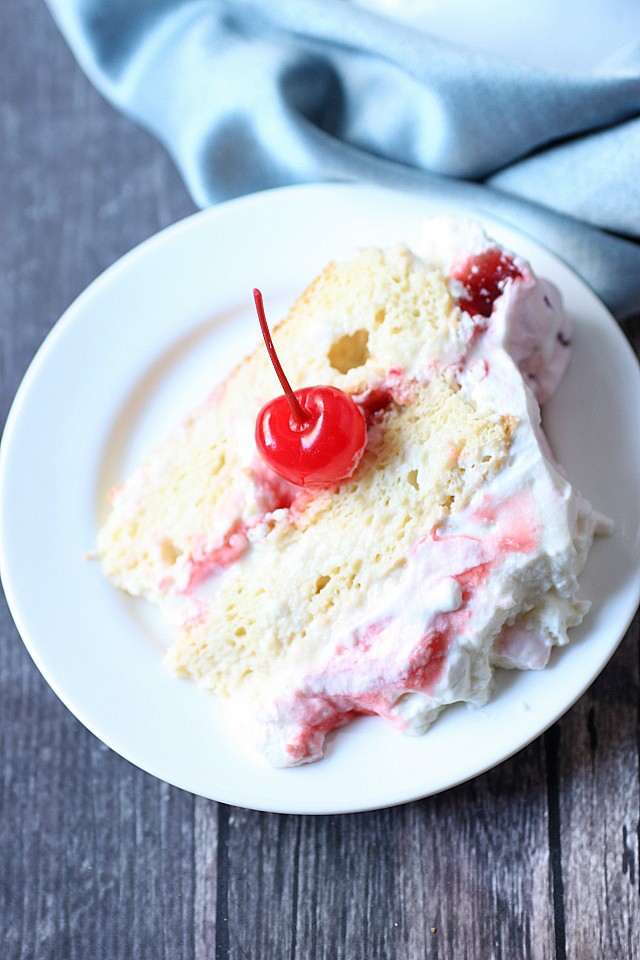 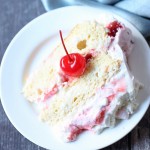 Luscious... Creamy... Sexy. This Cherry Coconut Tres Leches Cake is soaked in a delicious coconut flavored three milk mixture. Then! It is stacked with a delicious sweetened whipped cream and tart cherry filling - A slice of this and you're in heaven!!
Prep Time30 mins
Cook Time20 mins
Total Time50 mins
Servings: 10

For the soaking liquid 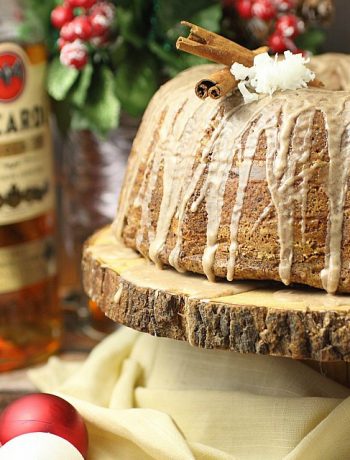 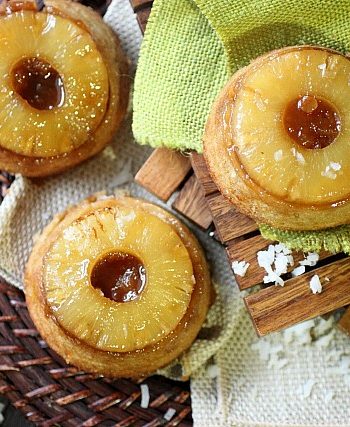 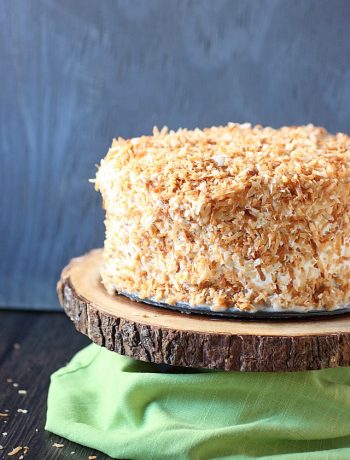