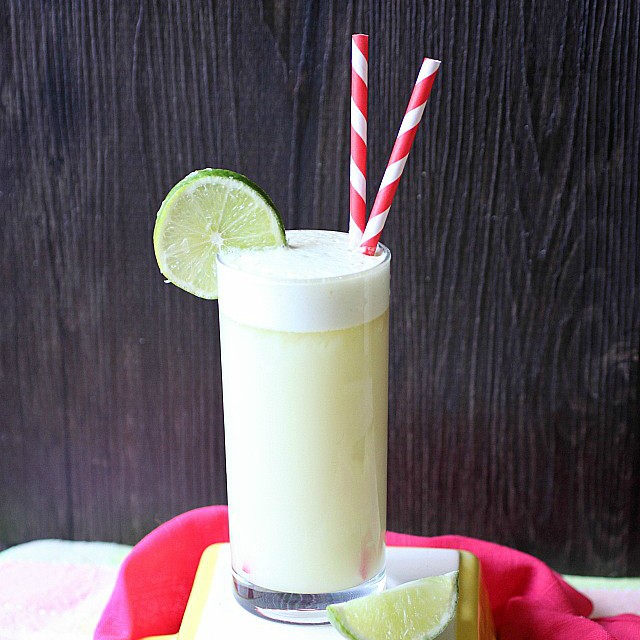 What makes this Hard Brazilian Limeade so amazing? I’ll tell you! Tart succulent limes are blended and mixed with condensed milk, a touch of rum, ice, and topped with seltzer. This Brazilian lemonade is the perfect spring/summer drink! 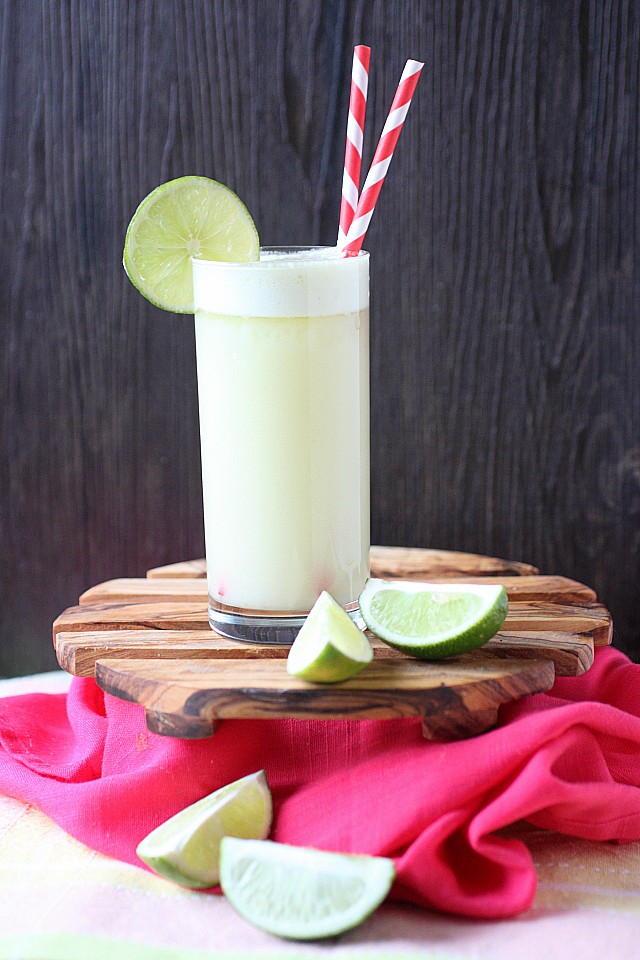 Yesterday I received some news, and though I wasn’t surprised – The news I received was, nonetheless, unpleasant.
Well, wait… I didn’t actually receive said news. Not face to face, actually. It was sort of the equivalent to being broken up with via text.
You expect someone to sit you down and explain. Explain the logic. Perhaps dinner. Some face to face interaction. A touch of the hand, a pat on the shoulder. Something – Anything which showed you this person at some point gave a flying fuck about you.
Instead it’s the equivalent of being informed via text “I’m seeing someone else”.
I don’t have an actual grasp of my feelings quite yet. 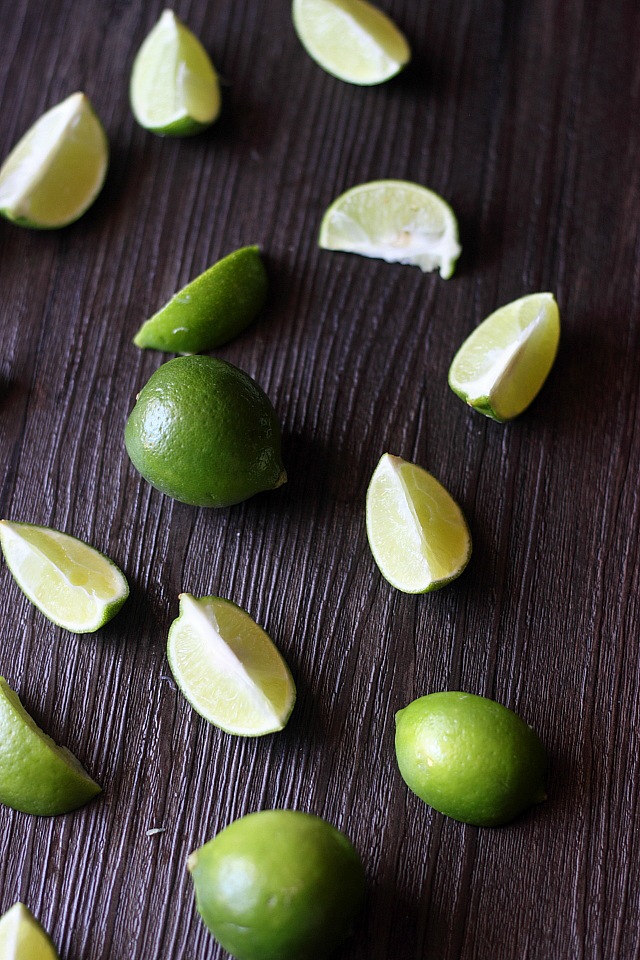 Am I enraged?
Sad?
Disheartened?
I’m truly not surprised by the news, yet here I am – Analyzing the crap out of my feelings; over a message I more than half expected. A message which came to me in the equivalent of a text.
I suppose that is part of the problem. That a portion of me hoped things would go the other way. Hoped the news would be of a more pleasant nature. And the truth is, I felt humiliated. Not only to receive the news via ‘text’, but to have had the audacity to hope. To hope that bit of news would have been of a more agreeable nature. 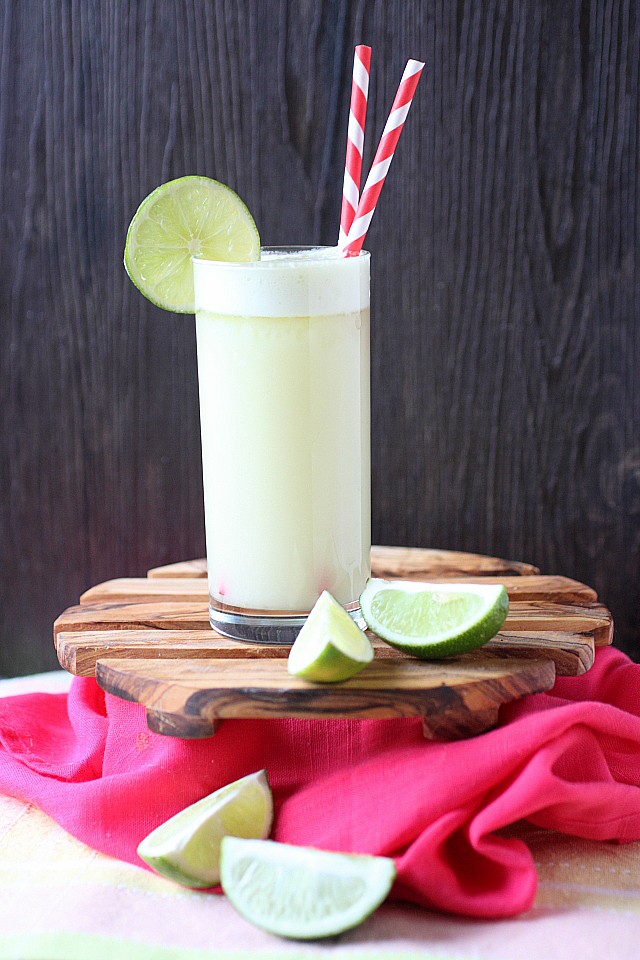 But I can’t. I refuse. I can’t ever stop hoping. I’m not built that way. This particular situation didn’t bend my way. And it wasn’t meant to. I don’t have a handle of my feelings right now and the real reason is this: I expected much more than a message on a screen. I expected to be told to my face. To be allowed the opportunity to speak my piece and ask questions. And I wasn’t. 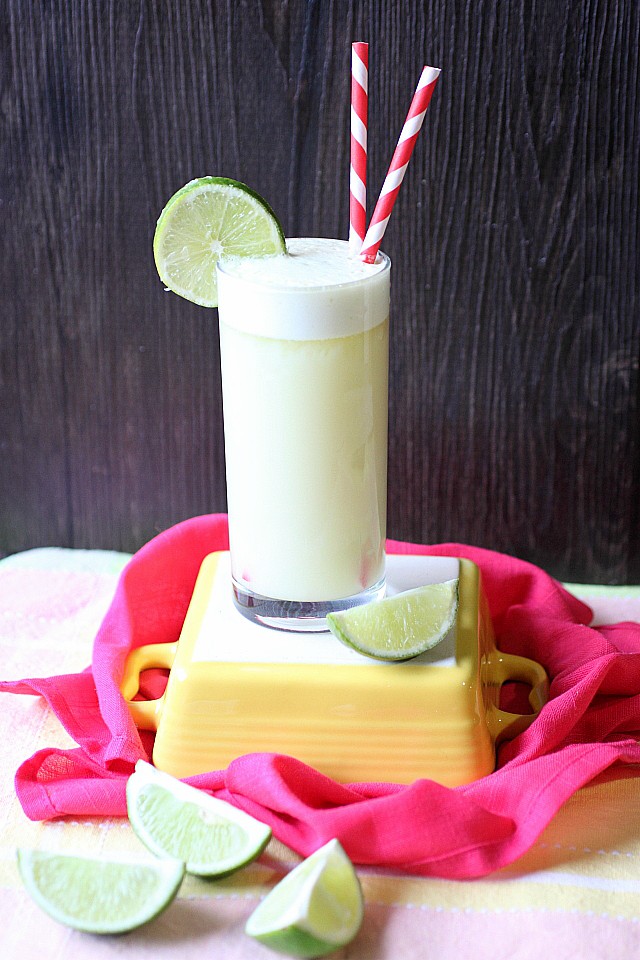 Now flow with me, let’s talk about this Hard Brazilian Limeade. I work with like three Brazilians and not one has offered me a glass of their Brazilian Limeade. How rude! Then I found that Brazilians have no idea what this is. Maybe they just call it limonada in Portuguese. Anyway, I made my own, with the help of Bobby Flay. Bobby Flay isn’t from Brazil. Hmmm… 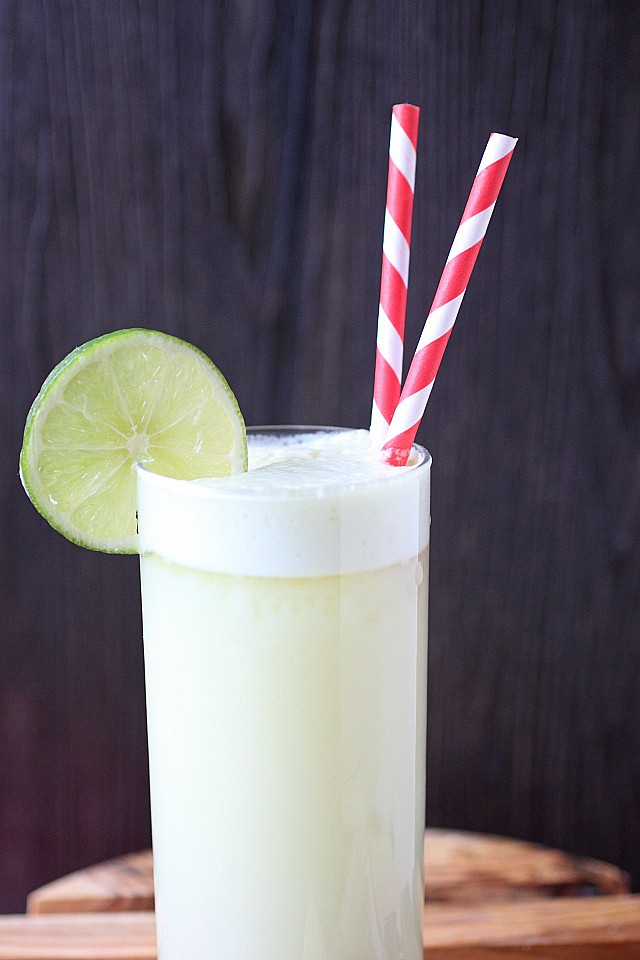 Brazilian (or Bobby Flay’s) Limeade is different from American lemonade or limeade situations. First, it’s made with limes (duh). The limes are blended whole, with water in a blender until smooth and then strained. Once chilled condensed milk is added, giving the limeade a milky hue. It’s slightly bitter, yet super refreshing.
I went a step further and added rum before serving and topped it with seltzer. Mostly ‘cause I love my bubbles. And sometimes I do love my booze. 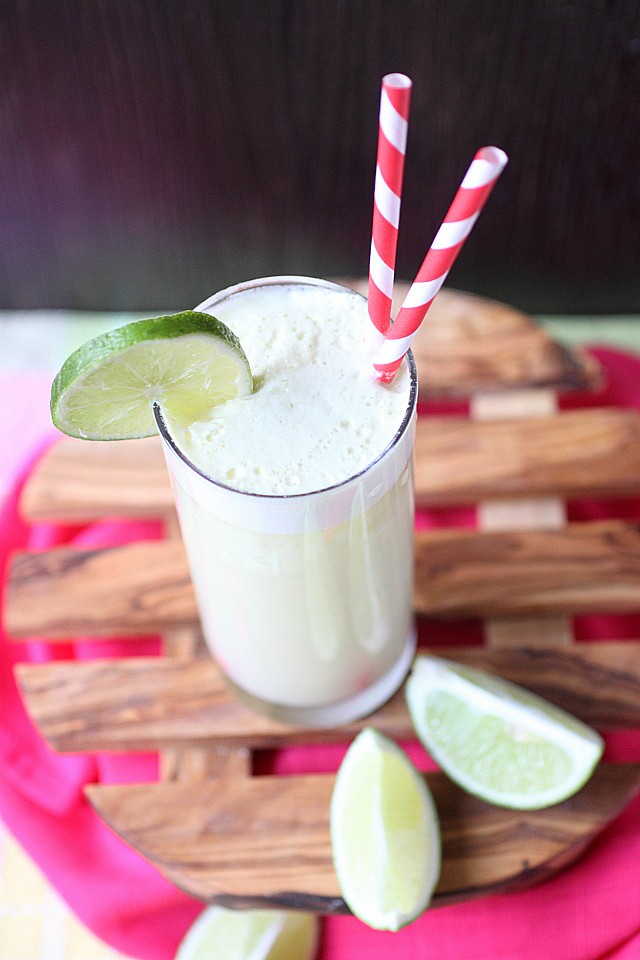 I don’t condone drinking when you receive bad news – Especially news you should have received it face-to-face instead of the equivalent of text.
But a little buzz never hurt nobody (cue in the grammar po-po).
[purerecipe]

What makes this Hard Brazilian Limeade so amazing? I'll tell you! Tart succulent limes are blended and mixed with condensed milk, a touch of rum, ice, and topped with seltzer. This Brazilian lemonade is the perfect spring/summer drink!
Prep Time10 mins
Total Time10 mins 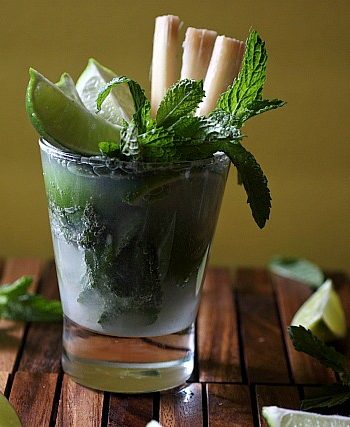 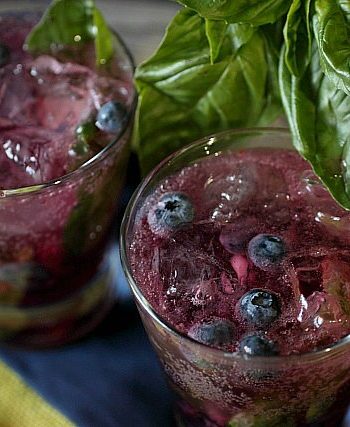