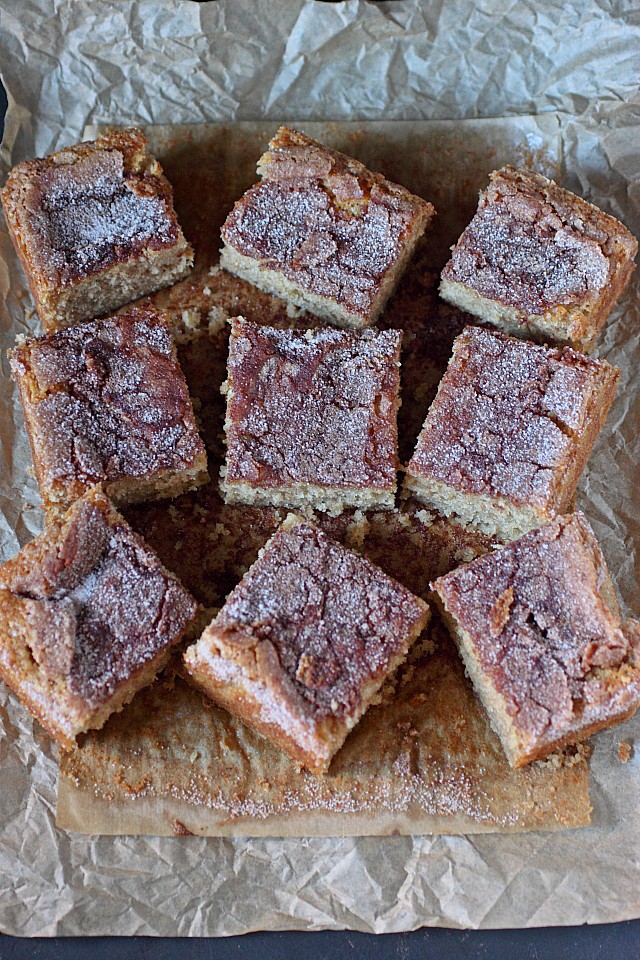 This Snickerdoodle Snack Cake has a spongy lightly spiced crumb and coated with a bottom and top layer of cinnamon sugar. Delicious!

Warm spring, longer days. I shed a layer, transition to my leather jacket and flats.

Trees of a green so bright your eyes need days to adjust to the dazzling green.  A green you never get quite used to. Winter seems so long. 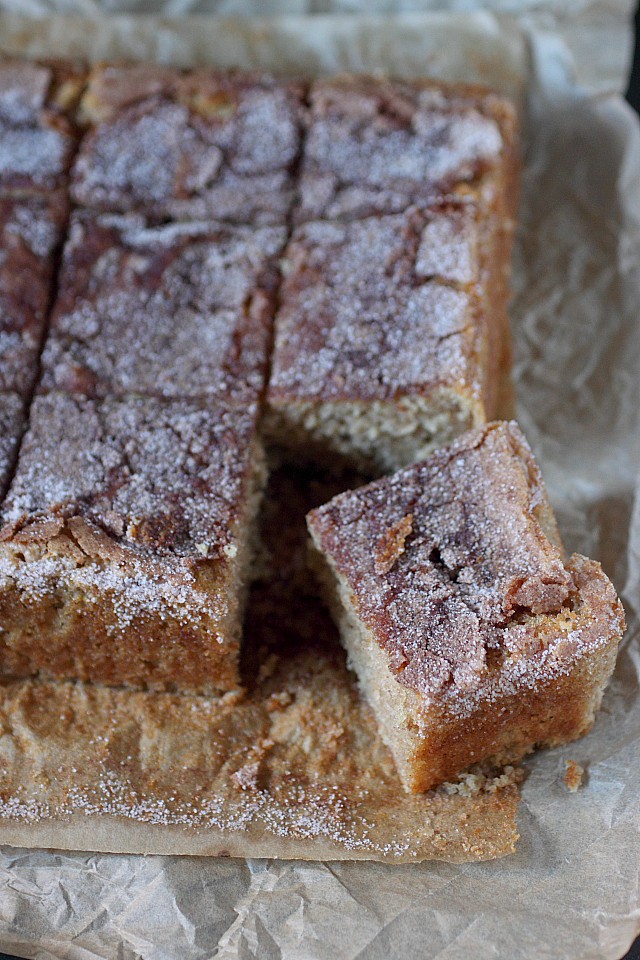 Spring makes me crave cake. I emerge from a self-imposed hiatus and fire up the oven. I’m in the mood for Snickerdoodles, yet I’m craving cake.

Can I combine the two? Yes, oh yes!

How to make a Snickerdoodle Snack Cake

Cinnamon sugar in a bowl, a quick sniff. Warm. Cinnamon smells warm. Cozy. Like a hug from your favorite person, cozy.

I measure flour, baking powder, and salt. Cinnamon. More cinnamon. I can’t get enough of the warmth of cinnamon. 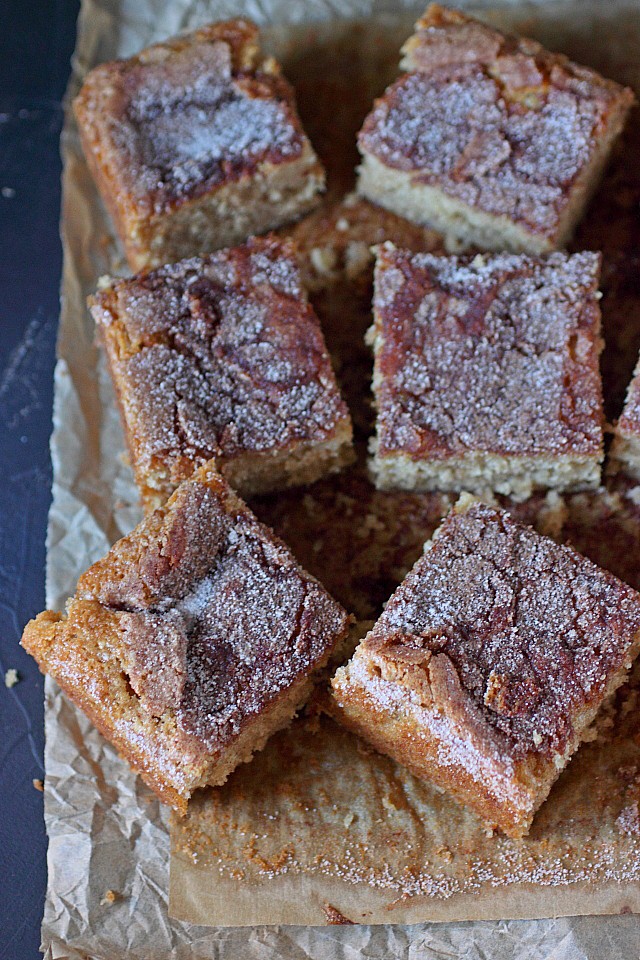 The stand mixer comes to life, surprised at first – I haven’t used it in so long. The whir of speed 7 fluffing sugar and butter, incorporating air.

I lower the speed and alternate flour and buttermilk.

A layer of cinnamon sugar covers the bottom of the pan. I pour the batter and bang the pan several times on the counter. I ignore the dirty looks. I’m making magic, here! 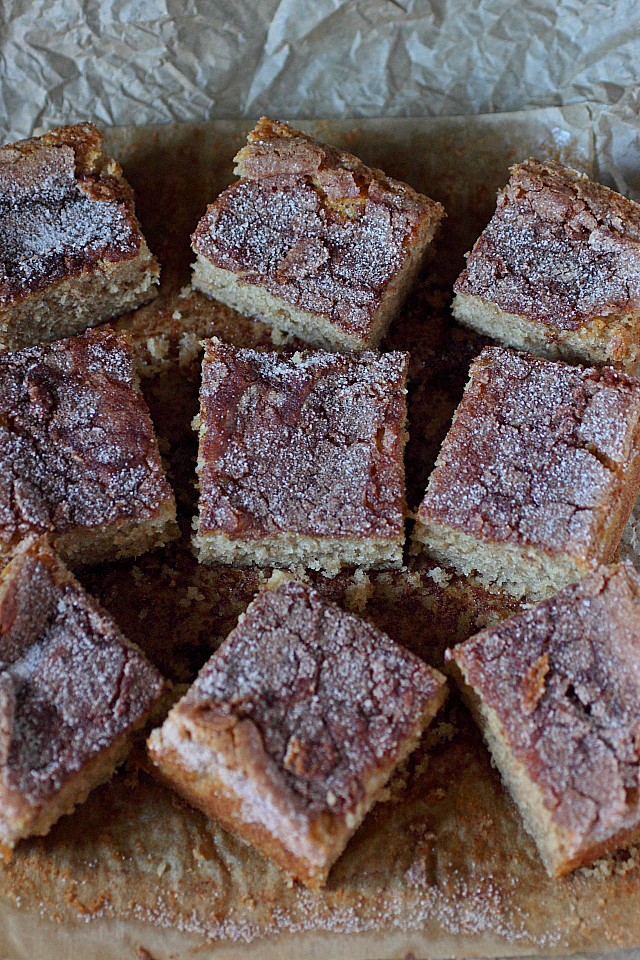 I sprinkle the final layer of cinnamon sugar over the batter, then pop the pan in the oven. My heels impatiently for the length of a song. I give up because I can’t tap for 25 minutes, so I keep myself busy doing other things.

Like devise a plan to become a millionaire, but only win $2 on a scratch off. I wonder if the state lotto has been sued over their ‘Dollar and a Dream’ slogan. My house is starting to smell like cinnamon and cake.

My plants are dry. As I finish watering and talking to plant number 9 – The timer goes off, so I pull the cake from the oven, careful not to get burned. Take a deep sniff.

Can’t wait to dig into this bad boy. 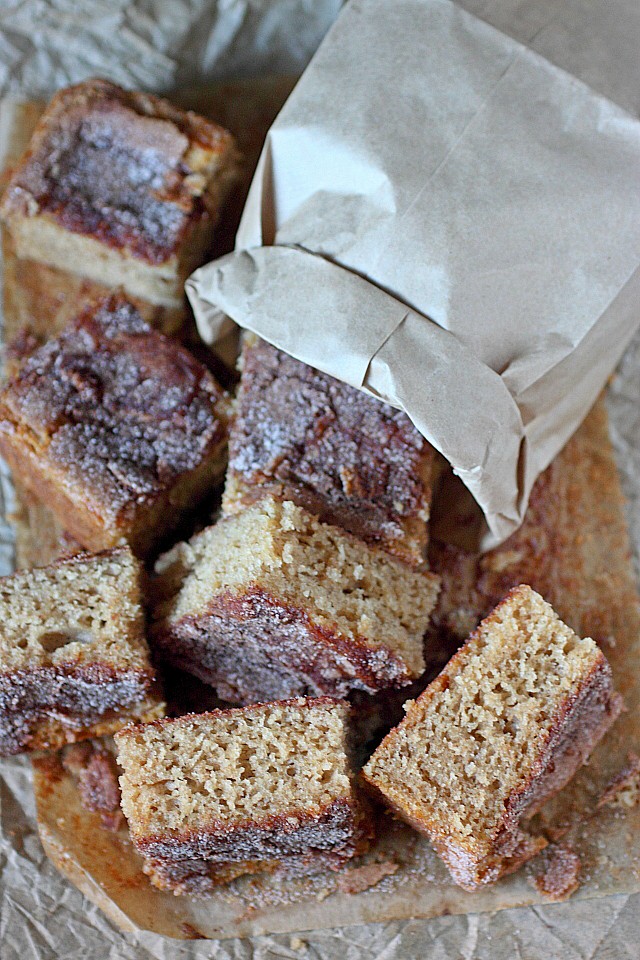 It takes forever to cool.

I cut it into squares and three hands grab a piece. Then another. Where did they come from? Where were they when I was mixing up this situation?!

I grab my piece before I am left without a taste.

It is everything. The sugar has caramelized and hardened slightly. The crunch gives way to a tender, lightly spiced cake.

Now I wish I had eaten my piece faster. 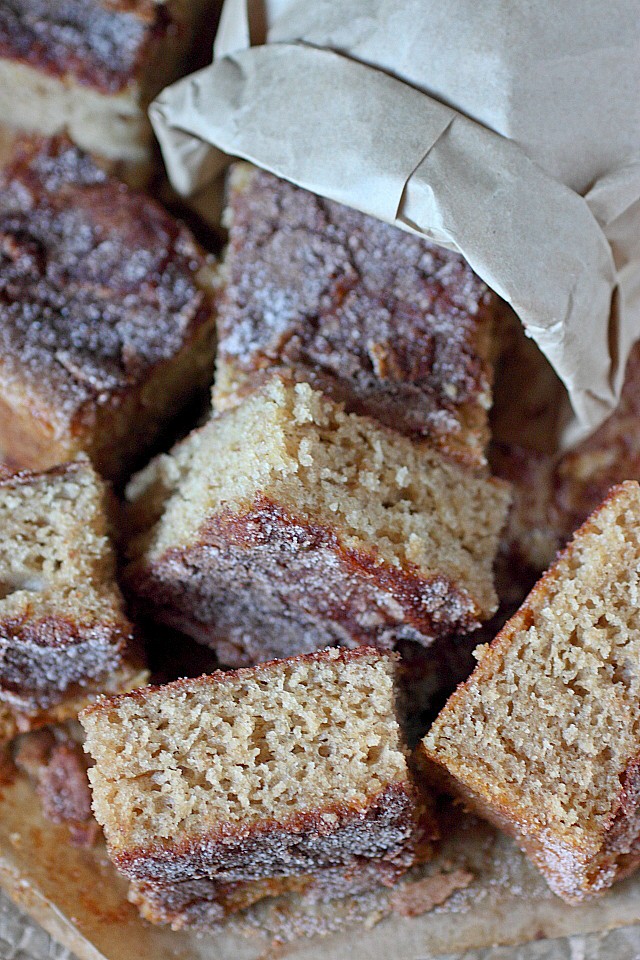 There is none left.

Here are some amazing cake recipes for you to try!

For the cinnamon sugar 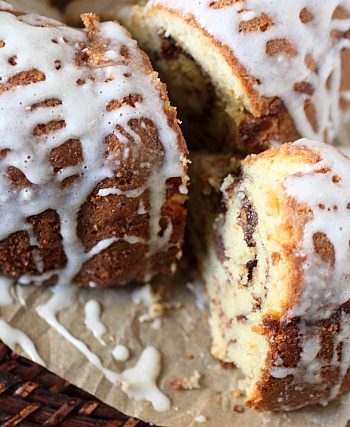 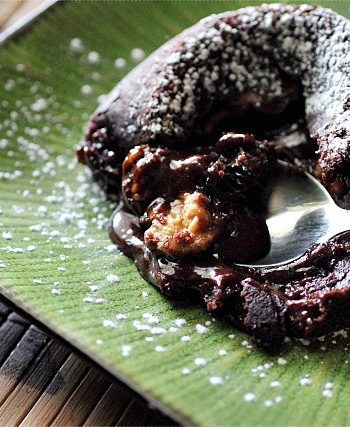 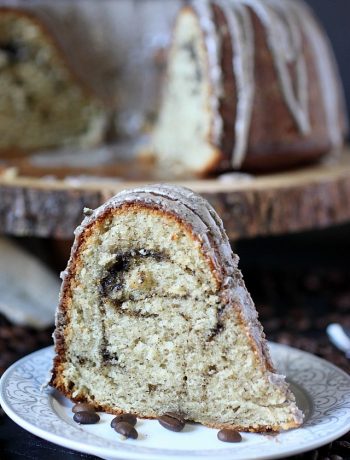