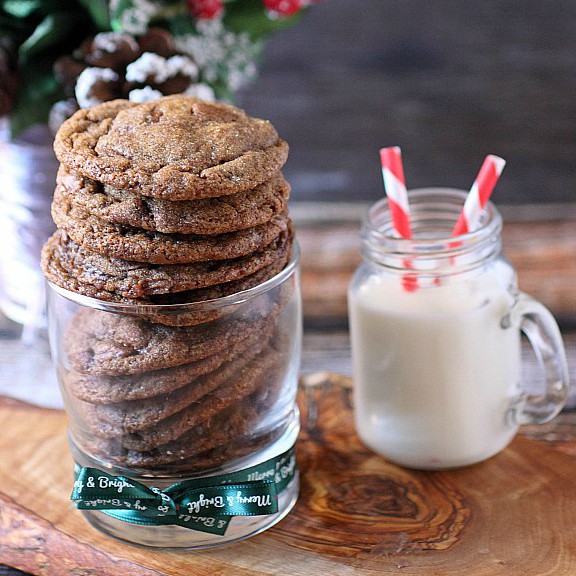 These Chewy Chocolate Gingerbread Cookies are soft-baked with warm notes of ginger spice and melty chocolate chips. Delicious and sophisticated, yet totally playful. Perfect for Santa!

When my son was seven years old I did a very selfish thing. I shattered his belief system and to this day, years later, I regret it.

I was the asshole who told my son Santa Claus was not real. And let me tell you, when this kid, my only one at the time looked at me with tears pooling in his eyes, I died a little inside.

What had happened was… 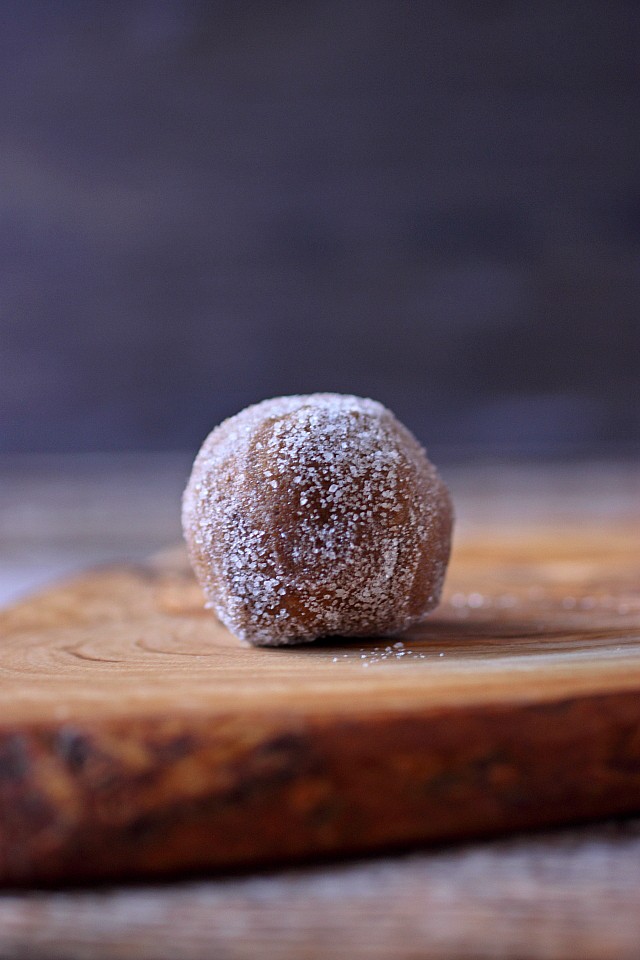 There comes a time when childlike belief and magic are usurped by the harsh realities of the world. It’s inevitable. One day you believe magic is possible and the next the wool is pulled from your eyes and suddenly the world looks different. Real. Much like puberty, sometimes this happens sooner, sometimes later. Speaking from experience, it starts to happen around seven years of age. Due to circumstance, finance, asshole older siblings – Around this time children stop believing in magic.

This time, however, was entirely my fault. I’m a selfish bitch.

Flow with me…
My son, a chubby (but cute-as-hell) second grader walks up to me one evening and asked – “Mami, is Santa real? Some kids at school are saying he’s not real.”

I had never actually lied to my son. I lived by this righteous code of unflinching honesty and ethics. Why would I lie? When he asked me, however, honesty was the furthest thing from my mind.
My only thought was: 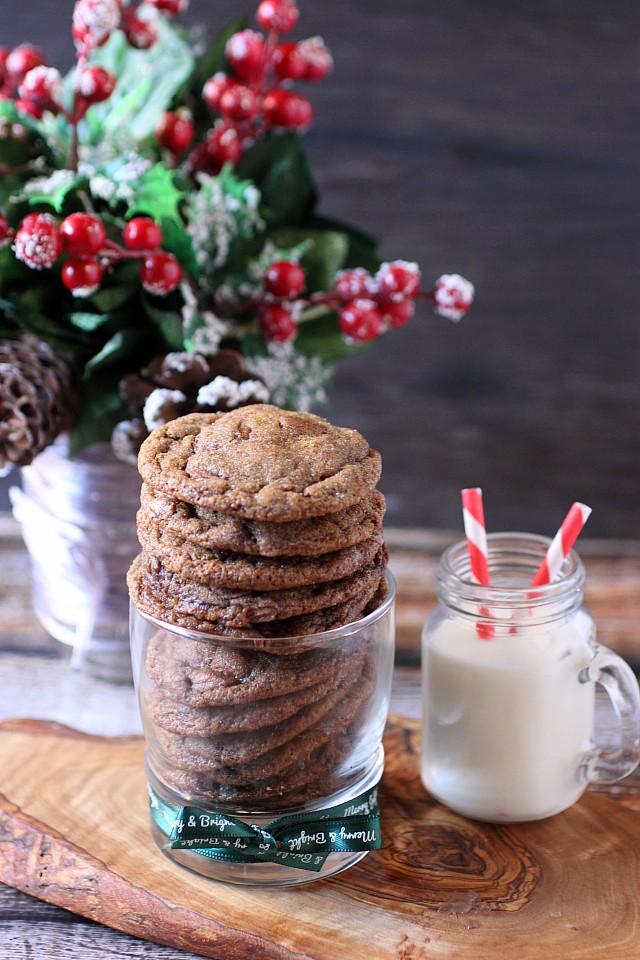 “Why the HELL should this rosy cheeked, cookie munching, fat red suit wearing bastard take all the damn credit for my hard earned work?! I’M the one who so lovingly and painstakingly picks out the PERFECT toys for this little boy!! I’M the one doing all the wrapping. I’M the one who with Ninja stealth mode manages to hide presents in plain sight. I.AM.SANTA!”

Yah. That was my exact thought. In my selfishness I destroyed my son’s belief system in two sentences. I took away the magic. 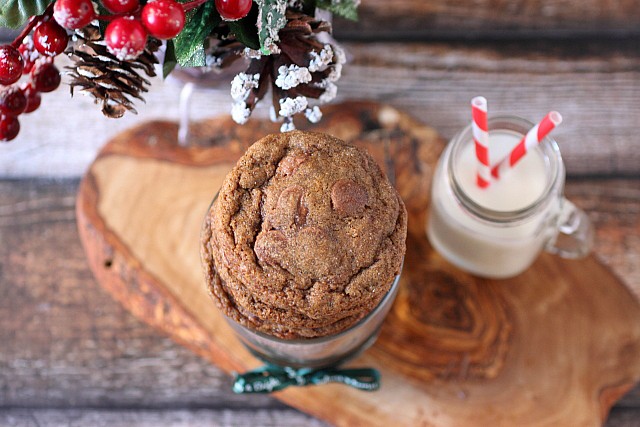 And man, I felt like such a shit. Because at that very moment, his little shoulders slumped and tears started pooling in his eyes. He walked into my waiting arms. My heart shattered into a trillion little pieces.

He pulls away and asks in a slightly panicked voice “But the Tooth Fairy – She’s real, right?!”
I just couldn’t do it. I couldn’t double whammy the boy. He’s taken such a hit.
“Yes. The Tooth Fairy is real. She’s totally real.”
He smiled.
His presents doubled that year because I felt like such a shitheel. I have a photo somewhere. It was almost wall-to-wall. 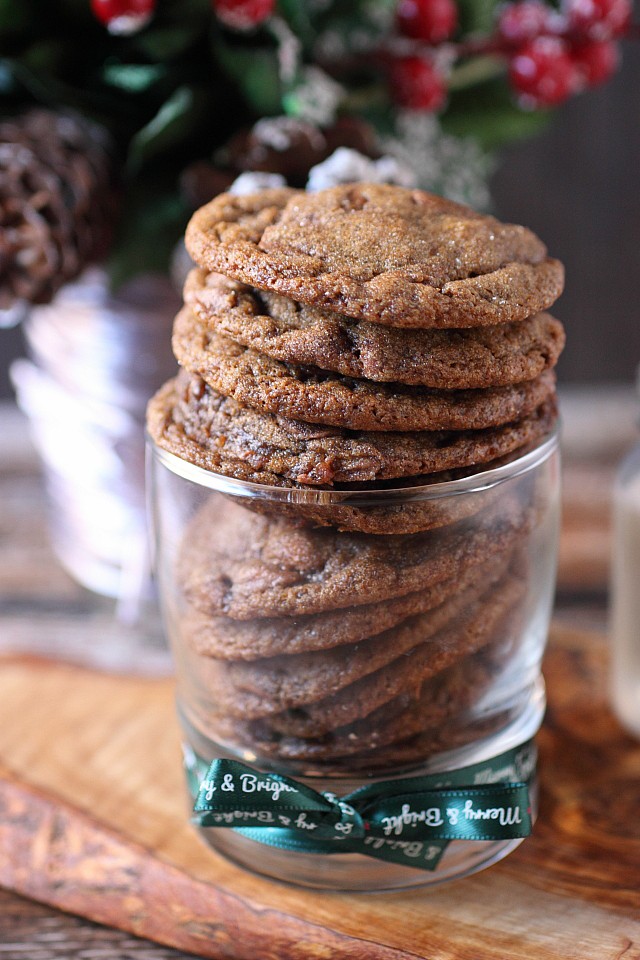 Years later my daughter, now seven asked the very same question and I said, Boo – Seriously – How can you POSSIBLY believe Santa is not real? She looked at me and said, “Oh, I know he’s real Mami! Who else would send letters DIRECTLY from the Norh Pole?! And besides, we don’t even own a printer! Santa HAS to be real” 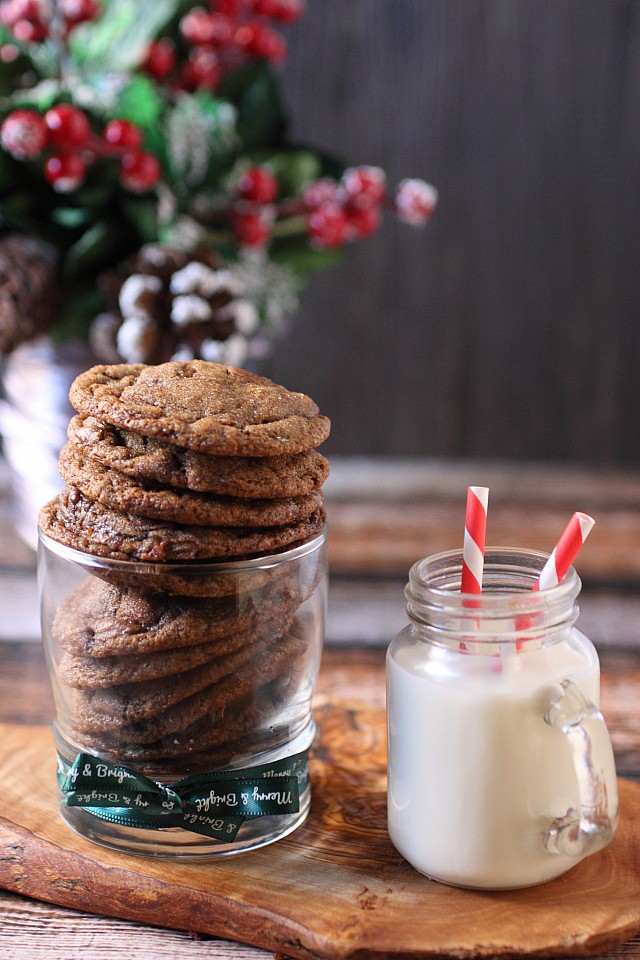 I ensure magic lives in her. Lives as long as possible. Cookies are baked and laid out with whole milk, ‘cause our Santa tolerates dairy, plus you can’t dunk a cookie in soy milk. Our tree will be empty until Christmas morning where it will overflow with presents for the whole family. And right next to our tree is a letter from Santa thanking her for the cookies she baked. Thanking those cookies by name, commenting on shape, texture, and their deliciousness. This year Santa will be thanking her for these Chewy Chocolate Gingerbread Cookies and asking for the recipe. And for one more year, she’ll believe in the magic of Christmas. ‘Cause I’ll be dammed if I make the same mistake twice. 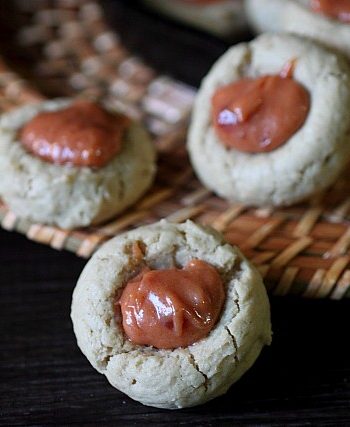 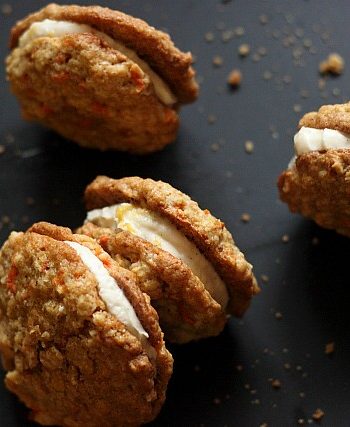 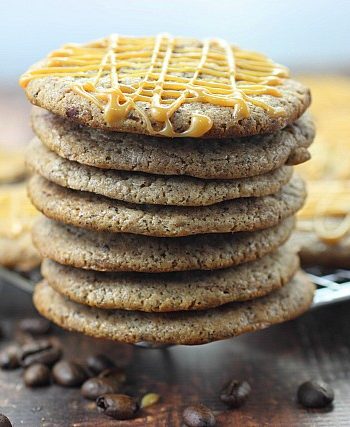