On the morning of October 15 I woke up and I looked in the mirror. I thought my hair was way too long, and it was high time for a haircut. I sighed, shrugged my shoulders and decided right then and there my hair would not dictate my day.

Pie would dictate my day…

I slipped on my furry boots, packed the pies I baked the night before, and traveled to my first ever food blogging event, Pie Party Live. This pie-a-licious event was hosted by the equally effervescent duo, Ken from The Hungry Rabbit and Jackie Gordon from The Diva that ate NYC. Those guys sure know how to throw a party… 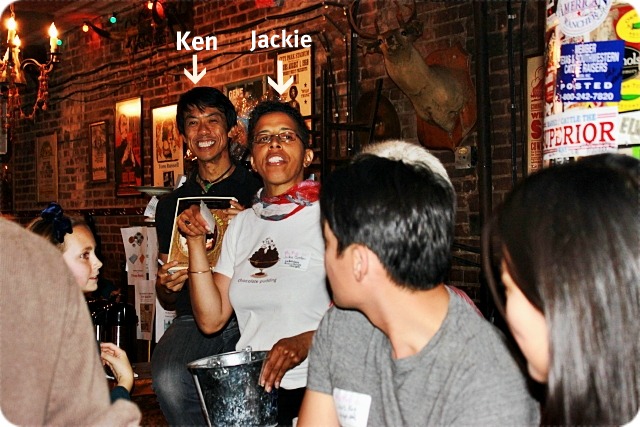 I went by myself, without what I call a buffer friend. You know, the chick you drag along so you don’t look like a moron standing by yourself in a totally strange place with people you don’t know.

We all have one of those…

This time around I couldn’t bring my usual buffer buddy. Why? Admission to Pie Party Live was, well – Pie… You had to bring pie – And sadly none of my buffer friends bake. I took a deep breath and braved it solo…

This pie party extravaganza took place in NYC’s Rodeo Bar. The venue was perfect and the staff couldn’t have been more accommodating. I walked in, pie boxes in hand. It took a second for my eyes to adjust to what seemed like hundreds of people crowding a table crammed end to end with pie.  I must have had my tourist face on (made more obvious by the camera hanging off me) because someone pointed me to pie registration. Yes, these guys were organized. Once I had my name tag and my pies labeled, off they went to find their place in expectant tummies.

It was time to sample… Armed with a plate, fork, and sheer determination I went to town on those bad boys.

I was in heaven… 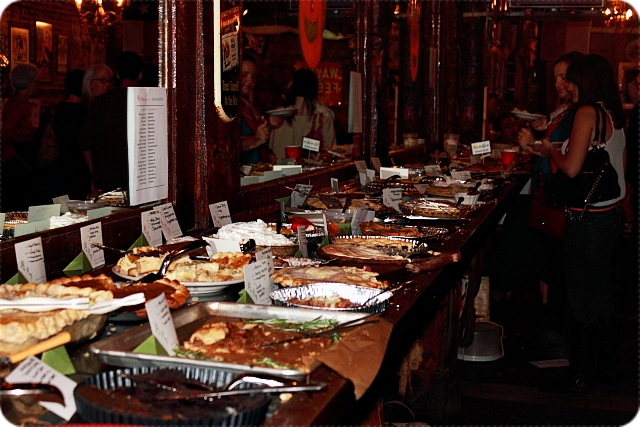 I had a clear plan of attack… I was going to eat ->digest -> eat -> digest -> eat. With over 70 (!) pies, galettes, empanadas, hand pies and tarts in attendance, I thought I had my pie war strategy down. Not a chance! To successfully tackle all that pie, one would need combat boots, camouflage makeup and a stomach that goes down to your toes.

Between mouthfuls of pie, the extremely shy one (me) found time to come out of her shell a bit to speak to fellow pie eaters. Um… Yes, I’m shy… We’ll tackle that in another post…

In fact, I spoke to amazingly nice cookbook author Abby Dodge. We spoke about… iPhones… I was gushing, but I managed to keep my cool. I kept the gush inside… 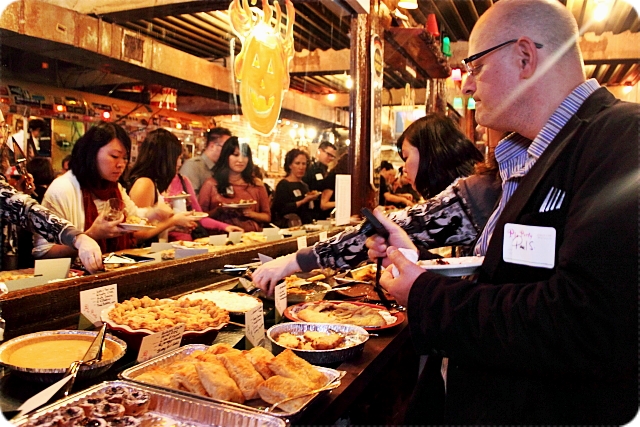 There were so many pies it was hard to keep track. It was like dying and ending up in pie heaven with a fork… Oh, I know I missed many pies, but the ones I did try were delicious… I had seconds, even thirds.

Can you say… glutton?

I had quite a few favorites; some I was able to successfully photograph. 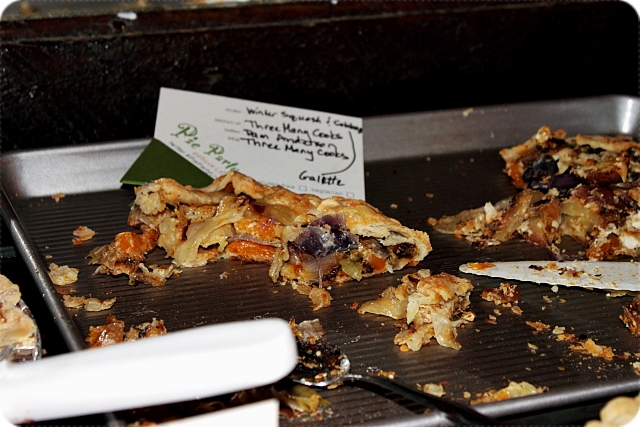 Winter Squash and Cabbage Galette - By Three Many Cooks 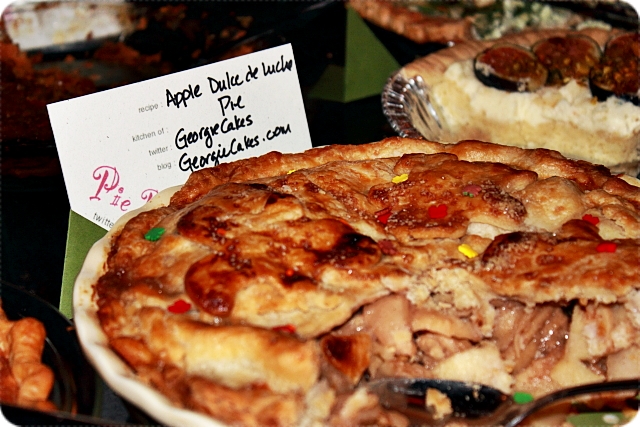 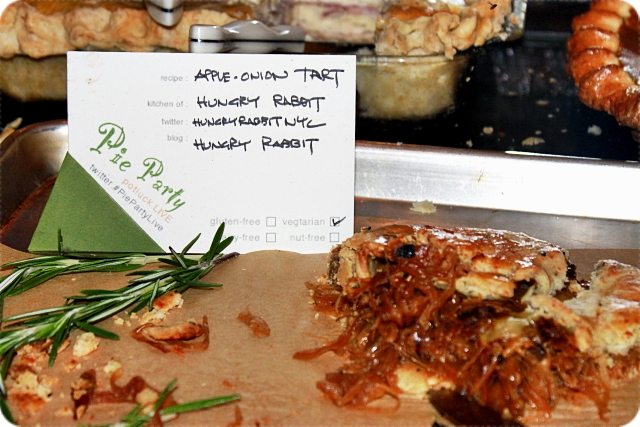 Apple Onion Tart - By Ken From The Hungry Rabbit 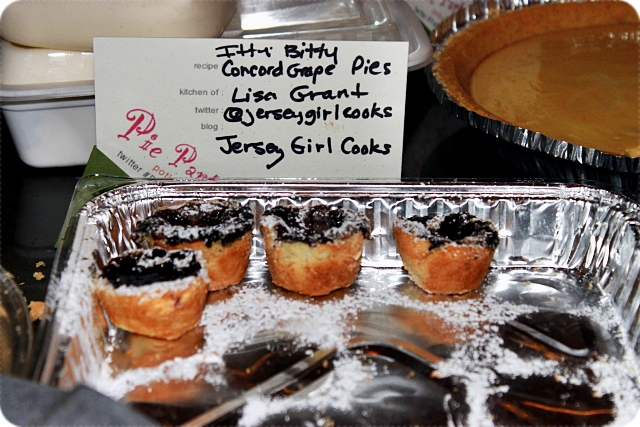 It didn’t end there… There were pies so amazing my camera couldn’t properly capture their pie souls and went all blurry on me. Check some of ’em out!

These were particularly mind blowin’…

Rodeo Bar also prepared some yummy food and laid it out for us to photograph. Something about natural light makes us food bloggers go all paparazzi. We walked upstairs (I kinda wanted to run) and let them shutters loose!

Can you hear that? 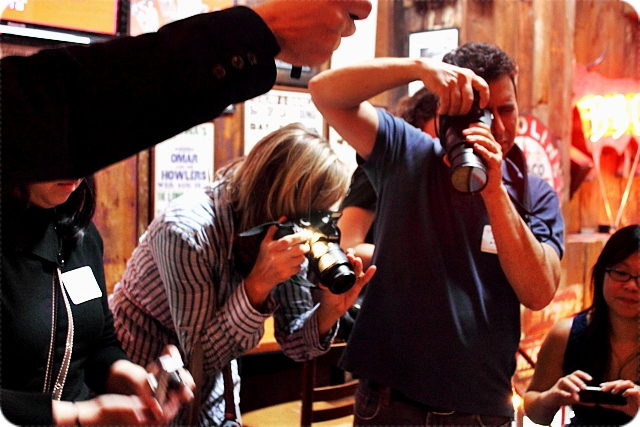 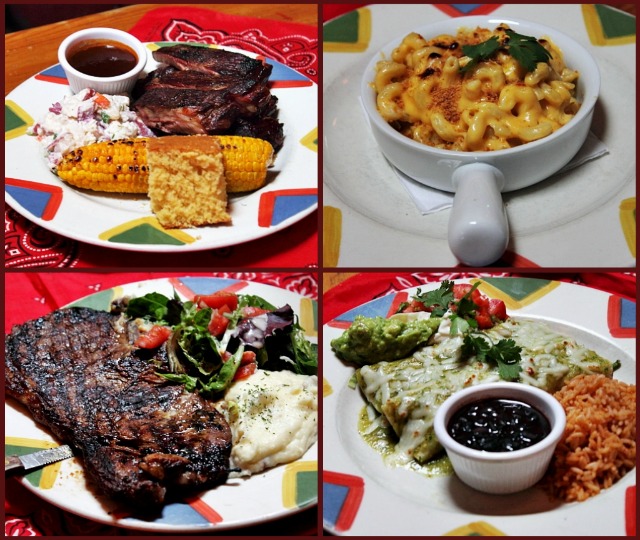 Among the prizes – Abby Dodge cookbooks, a one of a kind dessert plate, a month of Driscoll’s berries, a Reci-tee from Jackie, a Cuisiniart toaster oven, and the grand prize – A Kitchenaid 13-cup food processor –  And guess what?

No, I didn’t win the food processor; which is just as well because I already own one.

I won this book, which I wasn’t expecting… And that rocked! 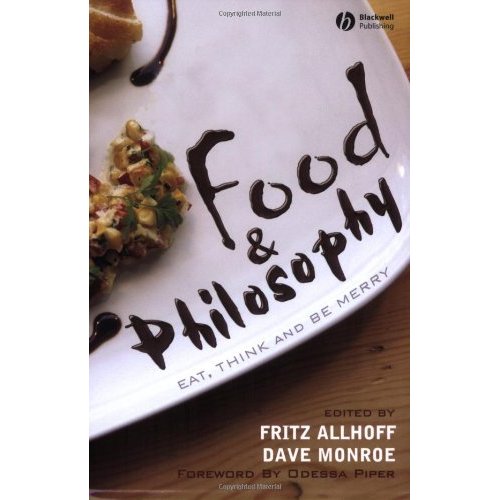 It was a phenomenal event. I met people, I ate pie. AND I won something. It was a great 3 hours… What’s not to love?

Now, in case you missed Pie party Live this time around, not to worry – Jackie is planning on making this a semi-annual event. Yes, I said semi – Meaning there’s gonna be berry pie and spring dresses, ya’ll – So get ready – cause it’s going to be… 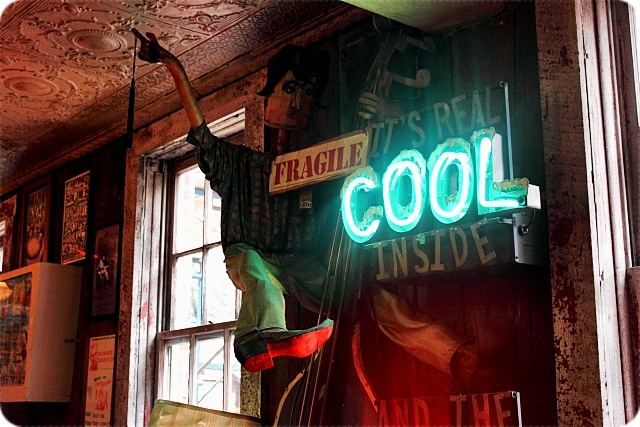 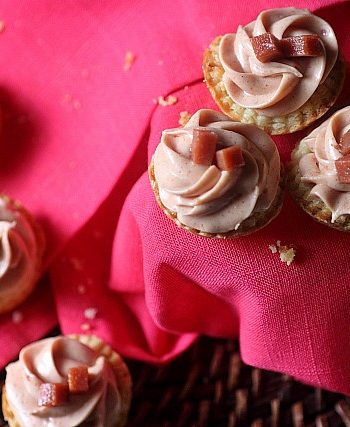 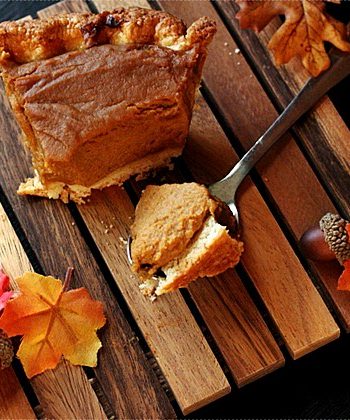 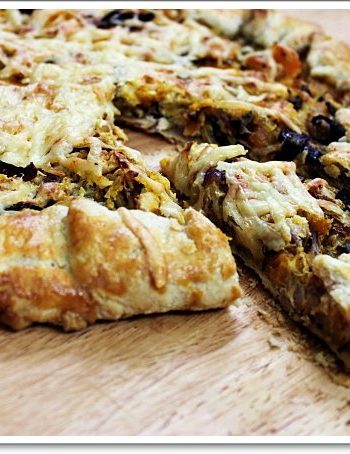